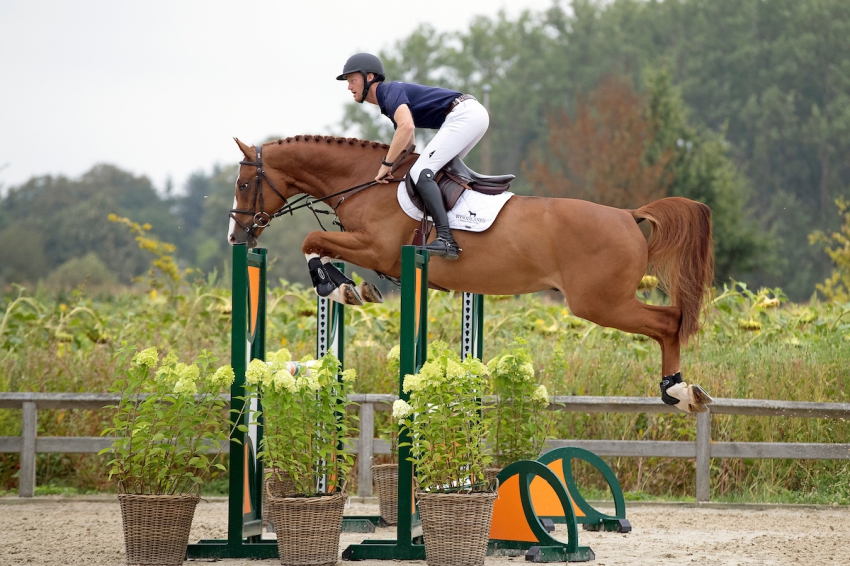 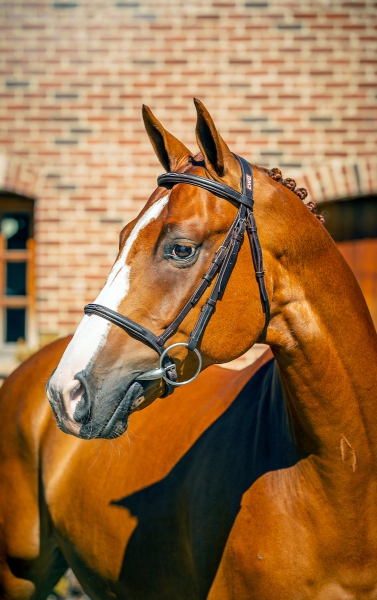 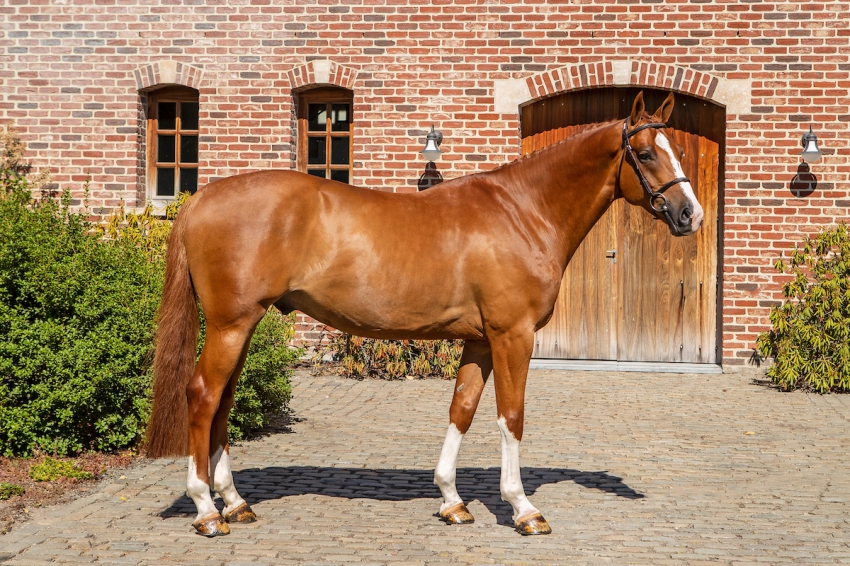 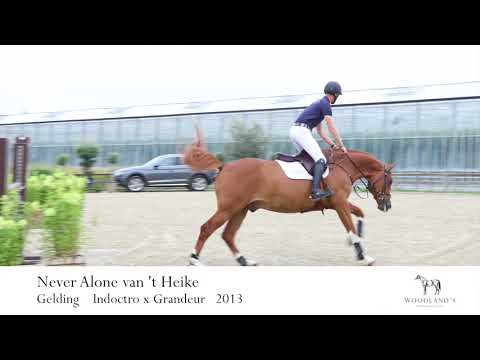 The preferent Indoctro belongs to the top of breeding stallions. His offspring regularly performs at the highest level and even several products participated at the Olympic Games: in Rio de Janeiro Indoctro was represented by his Imothep and Amarillo while in previous Games he was represented by Casadora, Don Porfirio, VDL Orestus, Nike and Vedor.

The dam of Never Alone van 't Heike is Ronka III A who already proved her breeding qualities: she already produced a 1m60 horse with Fixdesign Funke van 't Heike. This Action-Breaker daughter competed at the highest level with Christian Ahlmann and achieved a 10th place in the CSI5* -W Grand Prix of Bordeaux last year and also won the CSI3* Grand Prix of Arezzo, back then under the saddle of the Italian Giulia Martinengo Marquet.

Granddam Vonka is the mother of the BWP approved stallions Don Lord and Landgraaf but it does not stop there ... This damline also produced the BWP-approved stallion Ibrahim (Fantastique) who formerly participated in several Nations Cups at the highest level under the saddle of Joris Meulemans and what do you think of Vonka A (Darco) who won classes in CSIO5* Barcelona, ??CSI5* GCT Cannes, CSI5* -W Leipzig, CSI5* GCT Valencia, CSI5* -W Oslo and so much more under the saddle of Daniel Deusser... But also High Tech Vy de Septon (Del Piero P & B), who last year won the World Cup of El Jadida with Virginie Thonon, Bon Ami (Pavarotti van de Helle), who gained victories in CSIO5* Rome, CSI5*-W Verona, CSI5* Paris, CSI5*-W Oslo, CSI5* GCT Lausanne, CSIO5* Gijon and CSI5*-W Lyon with Scott Brash, and Idento van Maarle (Lord Z), who at only 9 years old already became third in the CSI3* Grand Prix of Arezzo under the saddle of Andrea Benatti, are related to this Never Alone van 't Heike.